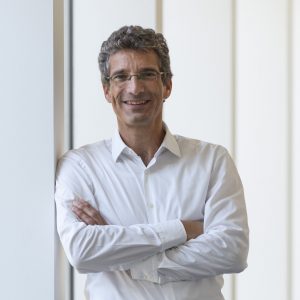 Antonio Krüger is CEO and scientific director of the German Research Center for Artificial Intelligence GmbH (DFKI) and head of the department “Cognitive Assistants” at DFKI. He is a full professor for Computer Science at Saarland University (since 2009), Head of the Ubiquitous Media Technology Lab and scientific director of the Innovative Retail Laboratory (IRL) at DFKI. Prof. Krueger is an internationally renowned expert on Man-Machine-Interaction and Artificial Intelligence. In 2010 he has established the Mediainformatics study programme at the Saarland University and directs it to this day. Antonio is a co-founder of the Saarbrücken-based technology company Eyeled GmbH, which focuses on the development of mobile and ubiquitous information systems. Many of his research findings have found their way into applications in retail and other industrial domains. From 2004 to 2009 he was a professor of computer science and geoinformatics at the University of Münster and acted as the managing director of the institute for geoinformatics. He studied Computer Science and Economics at Saarland University and finished his Ph.D in 1999 as a member of the Saarbrücken graduate school of „Cognitive Science“. Antonio has published more than 200 scientific articles and papers in internationally recognized journals and conferences and is member of several steering committees, editorial boards and scientific advisory committees.